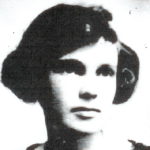 The Junior League of Honolulu (JLH) was established in 1923 by a membership of 50 young women led by President Elizabeth Carter Bogardus, who wanted to address the needs and community challenges of Greater Honolulu. For the last 95 years, the JLH has developed the size, scope, and outreach of its community service projects—financed by successful fundraisers—as well as volunteer leadership training and experience.

More Than a Volunteer Organization

The League has trained and educated some of the most well-respected leaders in Honolulu, and helped solve some of our community’s most pressing issues.

We are an inclusive organization. We welcome women of all backgrounds and ages who are committed to voluntarism and strengthening their leadership skills.

The History of The Junior League

The Junior League was founded by Mary Harriman in 1901 in New York City. It was during her freshman year at Barnard College year that Mary, along with her classmate and friend Nathalie Henderson, had the idea to organize her classmates and peers to move beyond a “debutante life” into more purposeful activity. Nathalie later recalled that Mary’s concept was to recruit young women from all religious backgrounds to go into New York’s settlement houses and do frontline social work among the needy. Thus, in 1901, was born “The Junior League for the Promotion of Settlement Movements,” the organization that would become the New York Junior League.